VIETNAM, AMONG THE TENTH BEST PLACE TO RETIRE IN 2020

Last December, in an article titled “Americans are retiring to Vietnam, for cheap healthcare and a decent standard of living”, LA Times told the story of John Rockhold, a 66 years-old Vietnam veteran that decided to move in with his mother in 2009. The article describes his life as an importer of “liquefied natural gas” and a member of “a charity that provides solar energy to low-income households”.

John Rockhold might not be the one considering moving in during the years to come. Last week, International Living’s, an Irish magazine, published its annual index on the best countries to retire oversees. This year, Vietnam made the top ten and scored 76 points out of 100, just behind Spain and France.

In total, 24 countries were evaluated by the magazine. Each country was ranked as regards to what the magazine called the “Annual Global Retirement Index”, a score out of 100 points made of several different categories, from the opportunity to launch a business to the level of development, housing, visas issues, governance, entertainment climate and healthcare. 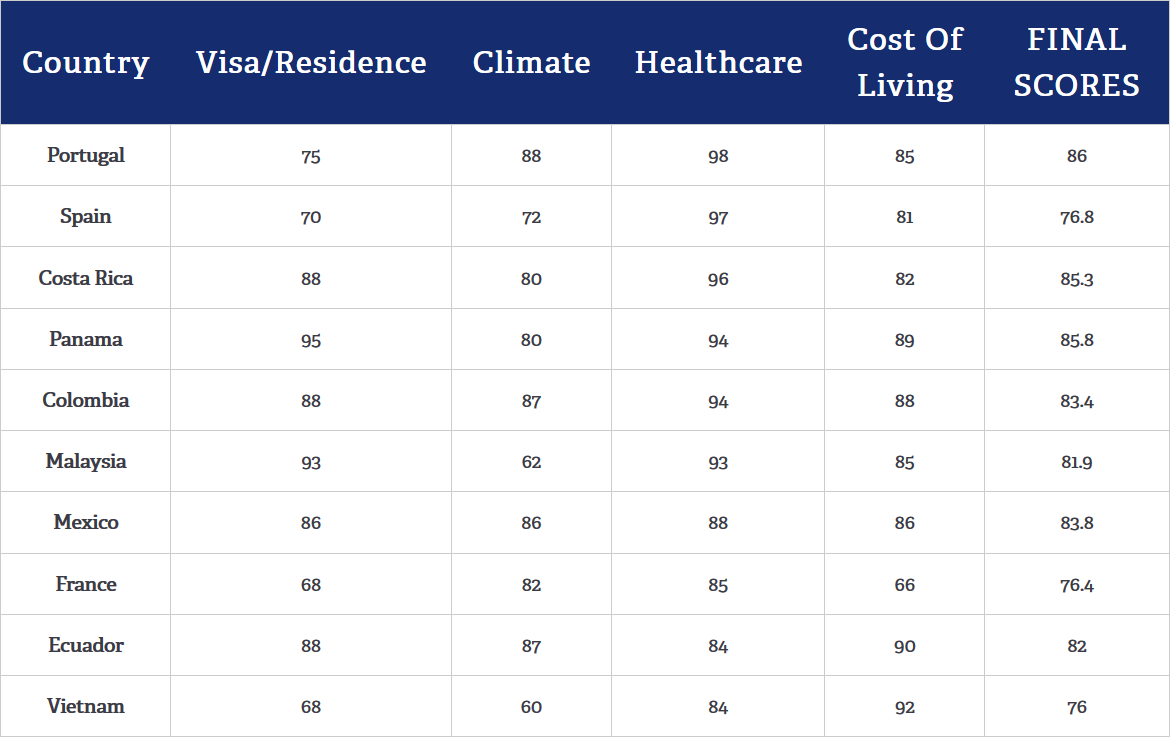 Vietnam got the second-best score in terms of cost of living, just behind Cambodia. The report portrayed Vietnam’s cost as “exceptionally low” and stated that “Even in the most expensive cities—Ho Chi Minh City and Hanoi—two people can live well for less than $1,500 per month.”

According to Collaborative International cost of living Index’s Expatistan, cost of living in Vietnam is cheaper than 86% of countries in the World (ranked 83 out of 97).

The country also performed well on the healthcare category, with a score of 84 out of 100. According to the European insurance company’s Allianz on its website, “Expats moving to Vietnam will find a healthcare system which combines aspects of Eastern and Western medicines to treat most medical issues.”

Allianz describes Vietnamese public hospitals, as underfunded” and “inadequately equipped”, so that “expats as well as many Vietnamese people opt for private treatment wherever possible.” The insurance company advises expats in Vietnam to “invest in comprehensive international health insurance to cover the high costs associated with private healthcare”.

Vietnam seems finally to be an interesting country to look for new businesses or to invest in. The country got a high score and ranked second on the category “Opportunity”, just behind Panama. This category evaluates the support of small businesses, the easiness of remotely work and the strongness of the economy.

Vietnam’s GDP has been growing with an average of about 7% per year over the last three decades. Ho Chi Minh City, the economic center is still leading the economy with a population of around 9 million people and a GDP per capita that reached $5,428 in 2016, over two times higher than the country average. The city is also very famous for its entrepreneurship culture and has been attracting more and more start-up launchers over the years.

Portugal took the first place of the report with a final score of 86. Panama and Costa Rica completed the podium.

Decide which cookies you want to allow. You can change these settings at any time. However, this can result in some functions no longer being available. For information on deleting the cookies, please consult your browser’s help function. Learn more about the cookies we use.

With the slider, you can enable or disable different types of cookies: